Themed on gladiators in ancient Roma, this game features a one-of-a-kind “Six 2-by-2” reels with fusing symbols that play ultimate battle scenes on the reels! A man robbed of his true love and freedom by the emperor returns as a capable warrior to fight them back! Become the Golden Gladiator and win big prizes in the Free games, the Treasure Tier bonus and the Fortune Frames Jackpot feature!

During the base game, 1, 2 or 3 large "Sword" symbols awards 7, 15 or 30 Free games respectively. Bonus reels are in play during Free Games. Only one selected picture symbol and royal symbols appear on the reels in each spin.

1 or more large "Shield" symbol triggers the Treasure Tier bonus. 4 gates will appear on the screen. Player will select one gate to reveal an award of Credits or Multiplier. After the award is revealed, the bonus will continue with a new set of gates until 0 picks remain. The total of the revealed Credits will be multiplied by the total of the revealed Multipliers and awarded to the player at the end of the bonus.

During the base game, Fortune Frames may randomly appear and frame any play area. When 4, 5 or 6 play areas are framed by the Fortune Frames, the Minor, Major or Grand Jackpot is won. 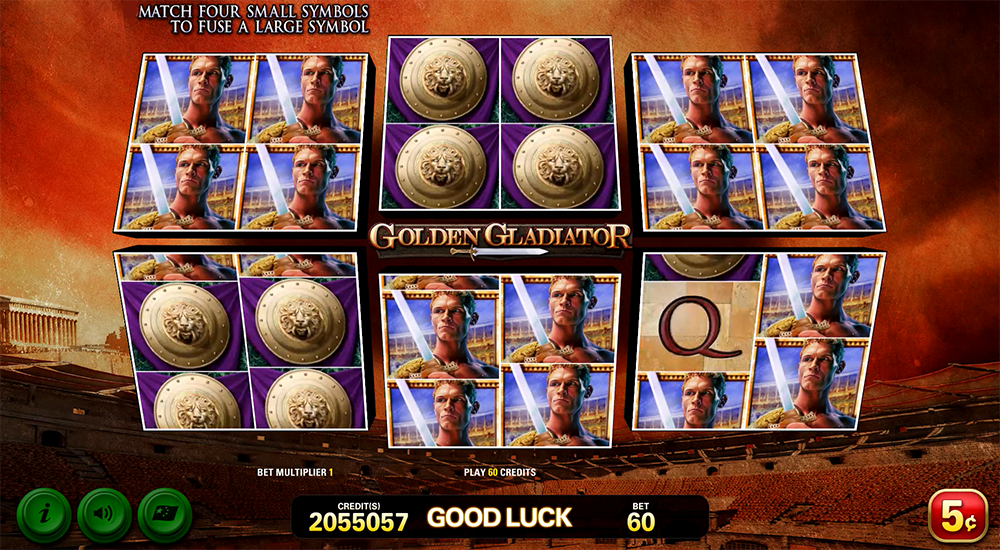 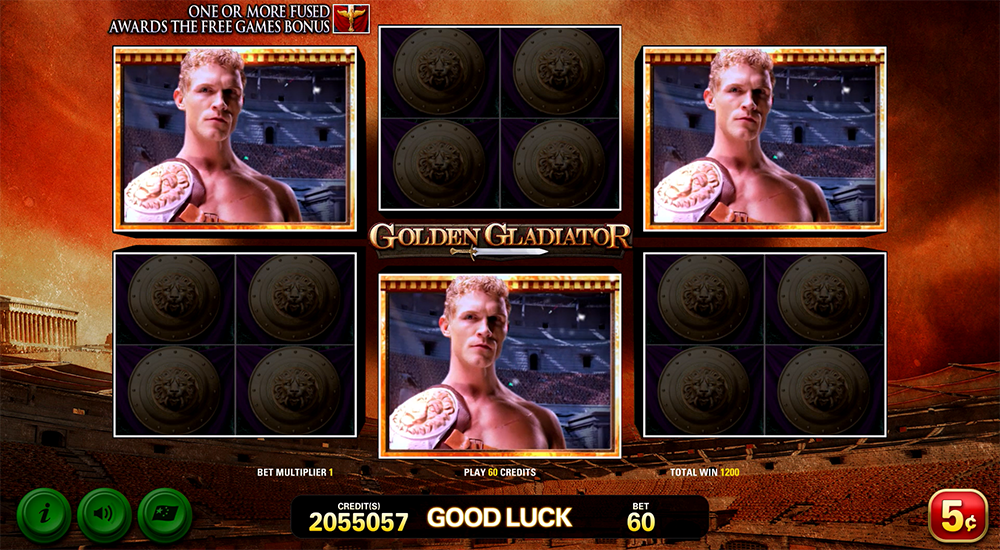 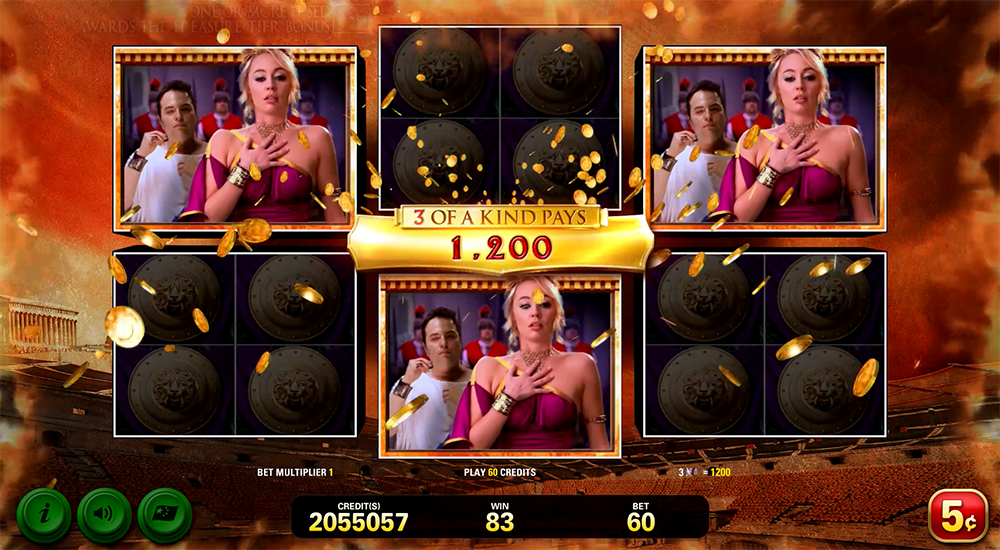 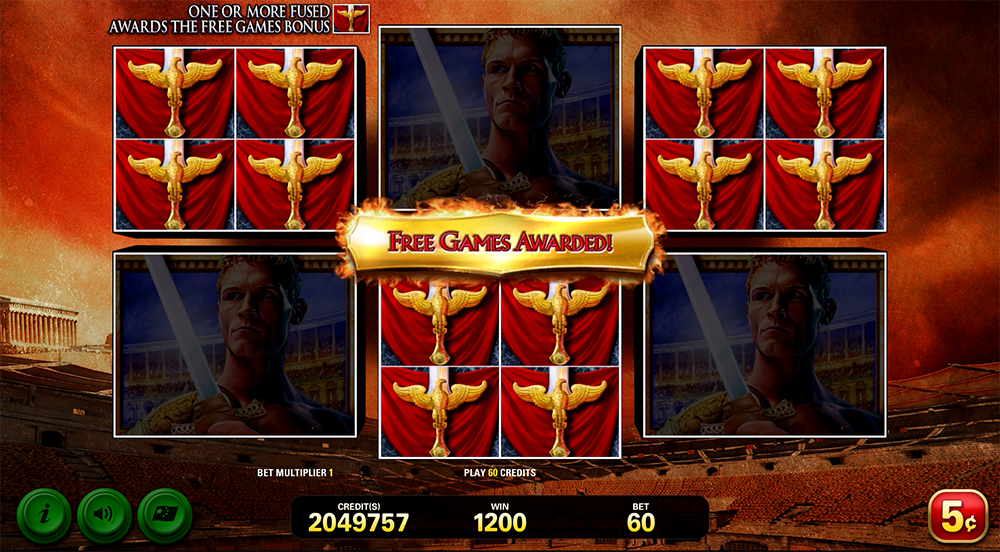 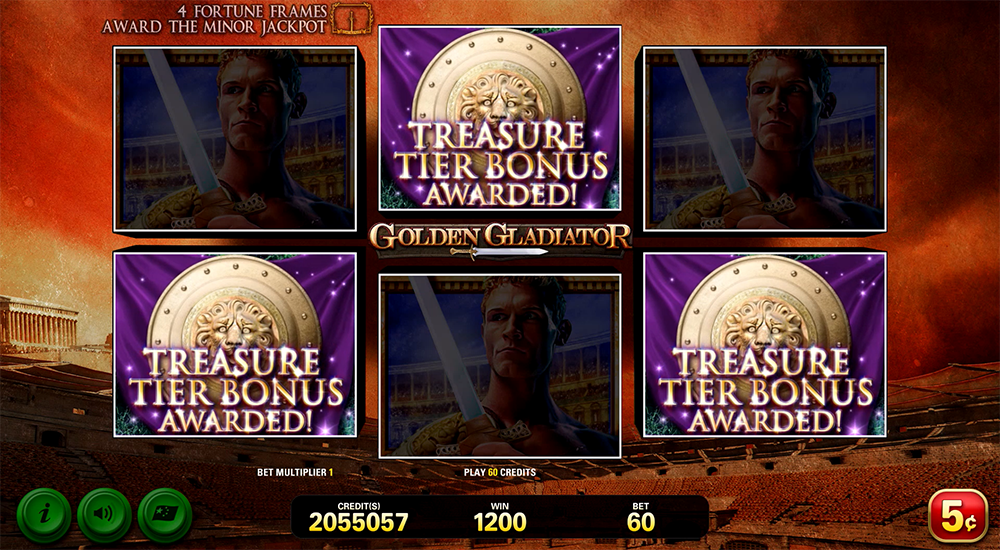 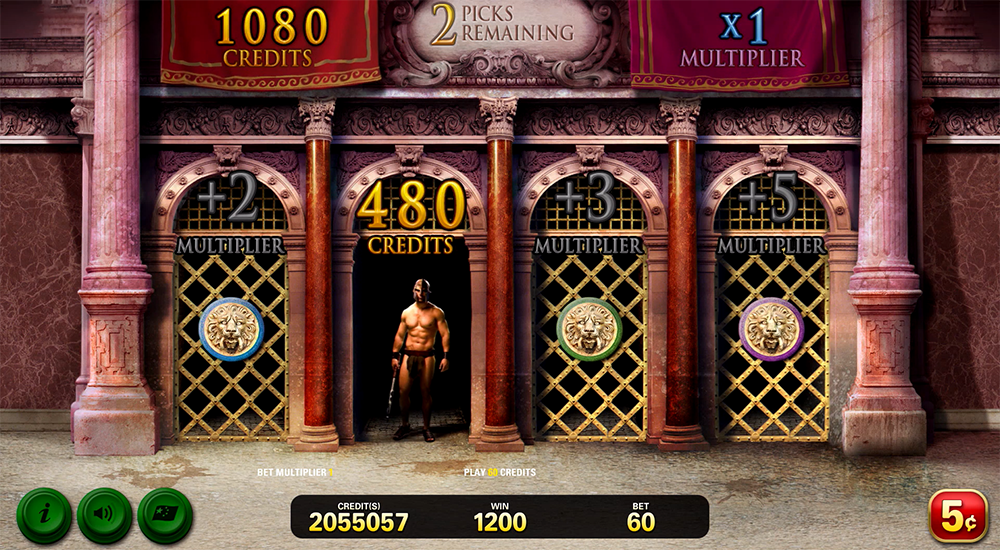 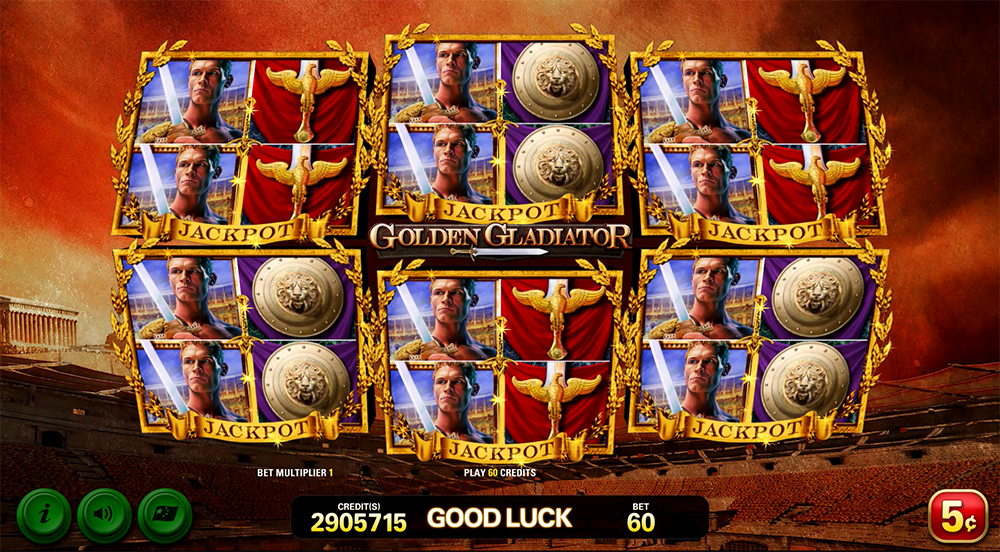 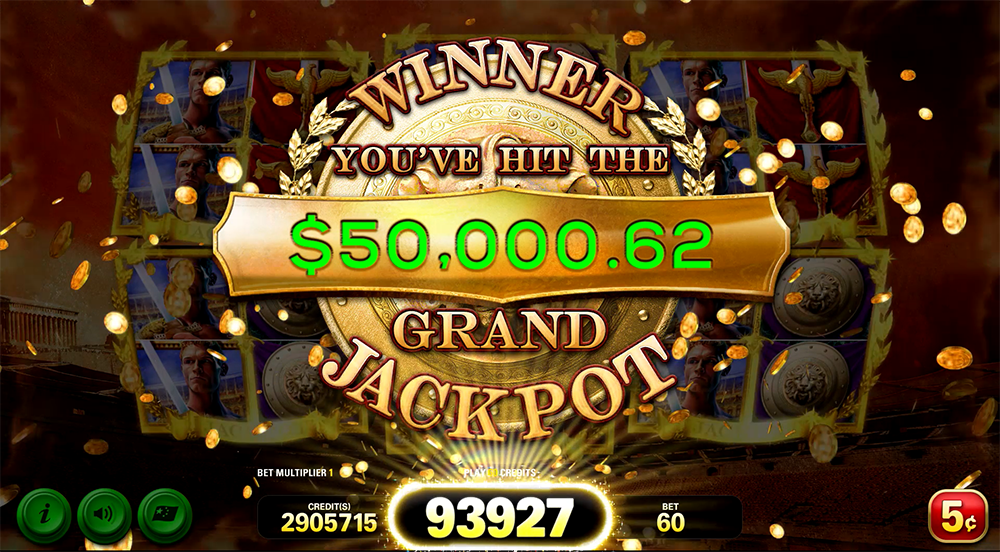 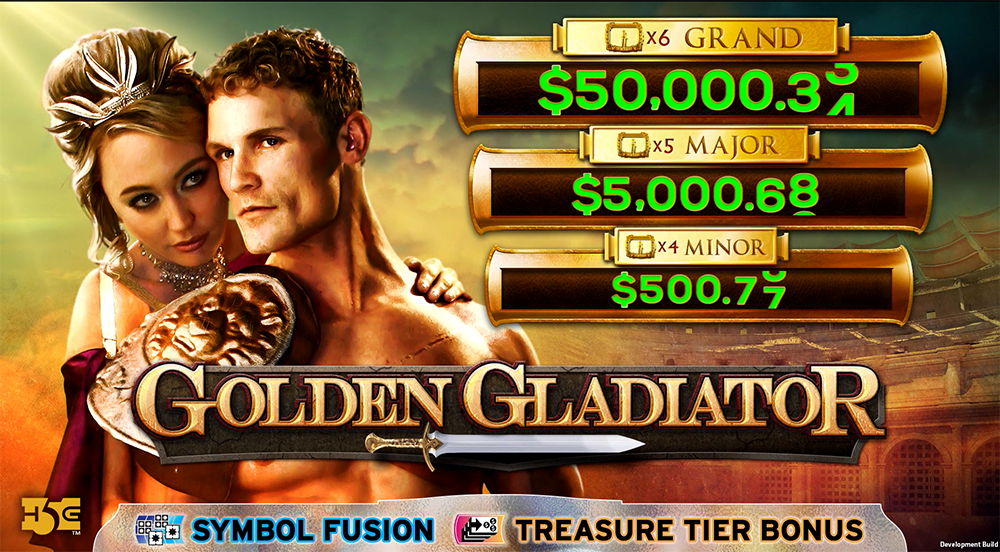