In each spin, 1 to 5 pots randomly appear beneath the reels. If a pot appears below a reel with “Coin” symbols with credit values, the coins will fall into the pot and the indicated amount of credits are won. After the coins fall, the symbol will change to "WILD" or "WILD Leprechaun" that may award the Progressive Jackpot.

Credit prizes won in the Coin Cascade feature will be multiplied by a random multiplier of x2 to x10 during the base game or Free Spins bonus. In the Catch the Leprechaun Pick bonus, 2x is awarded to the total credits won.

The Grand, Major or Minor Jackpot is won with 3, 4 or 5 “WILD Leprechaun” in any position on the reels during the base game or Free games at any bet level.

"The Leprechaun King" was created by High 5 Games. 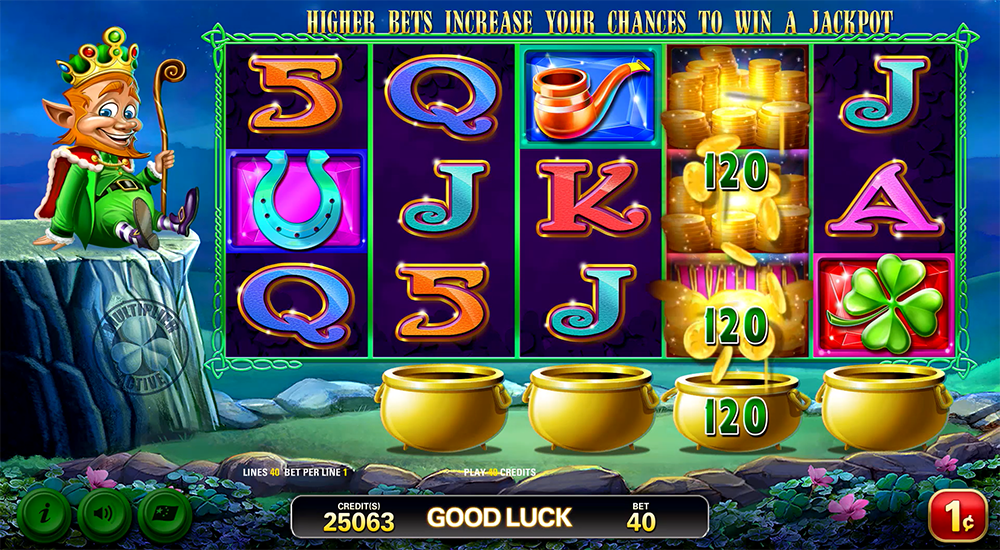 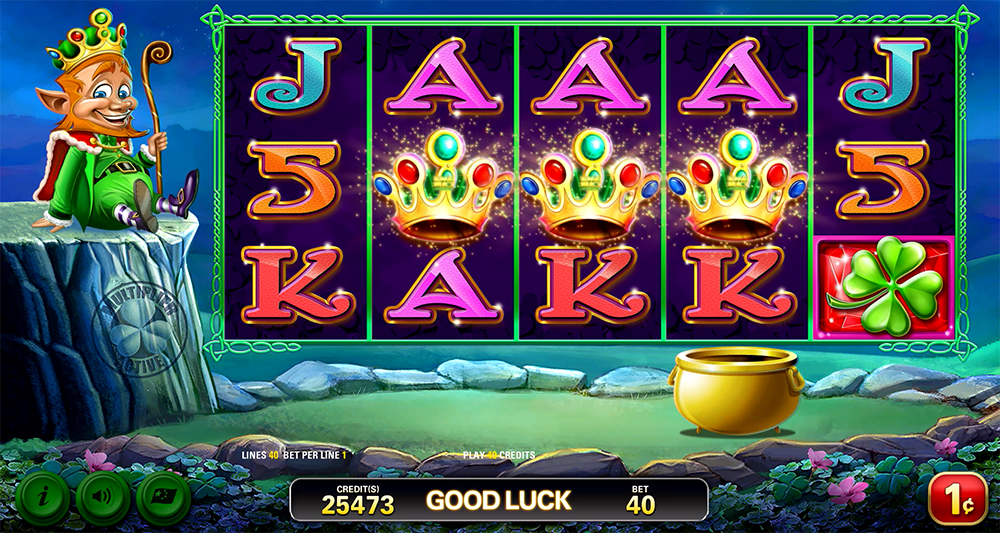 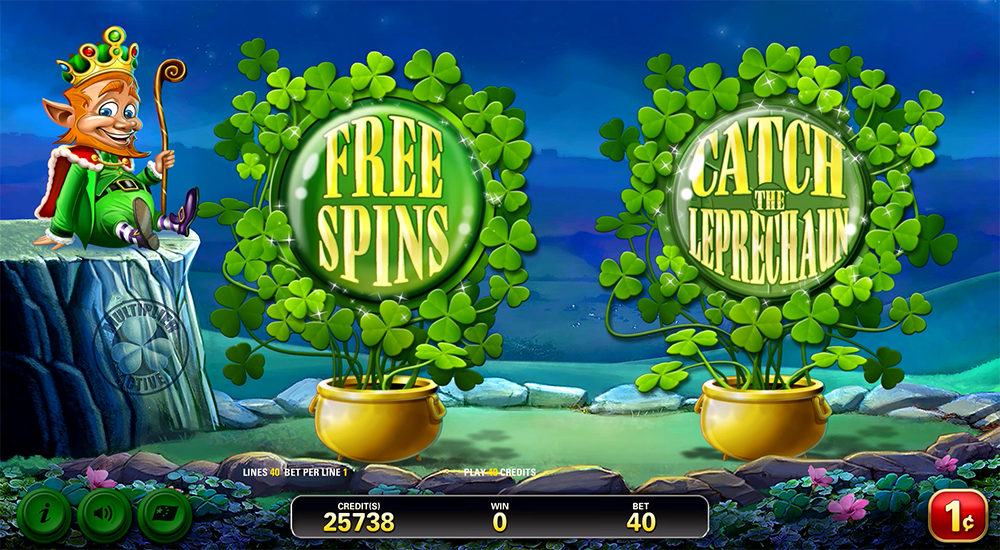 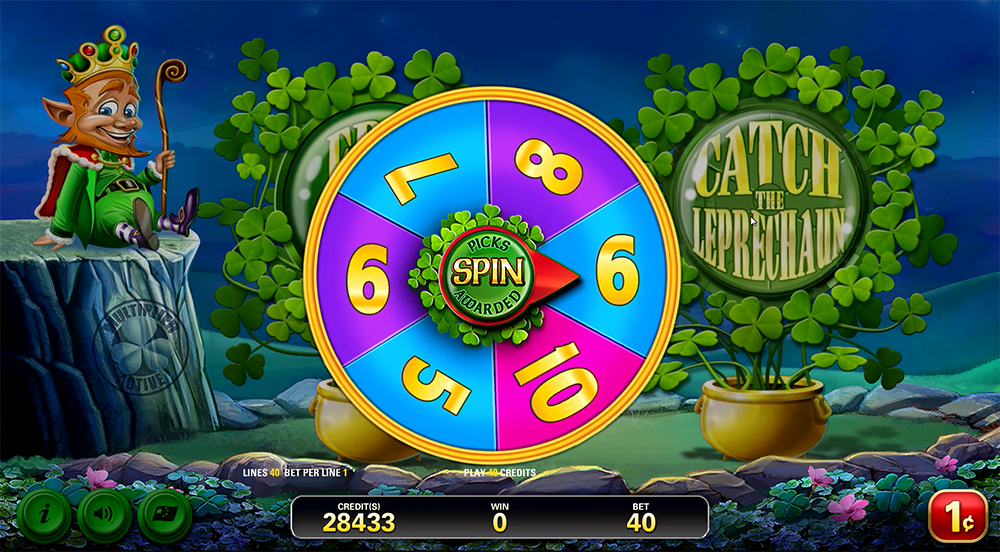 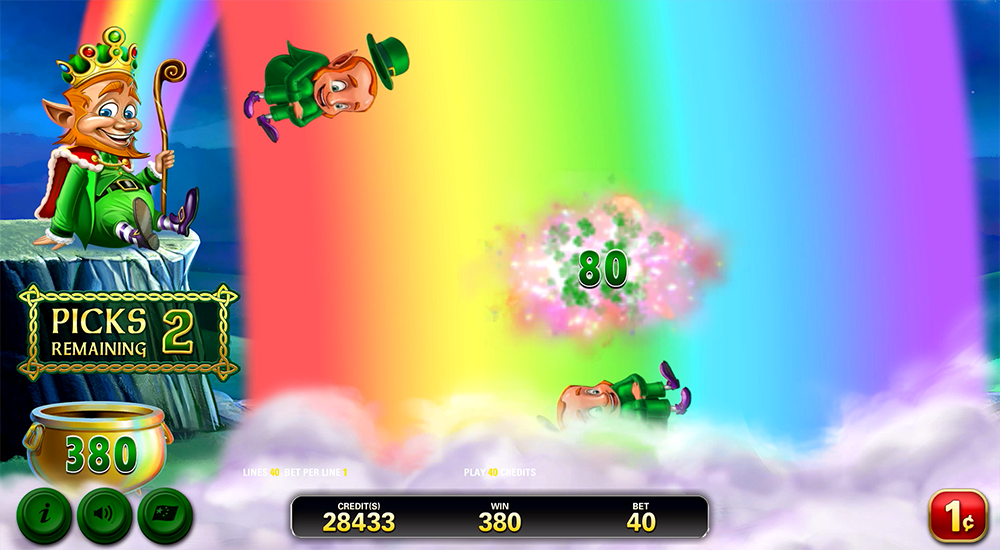 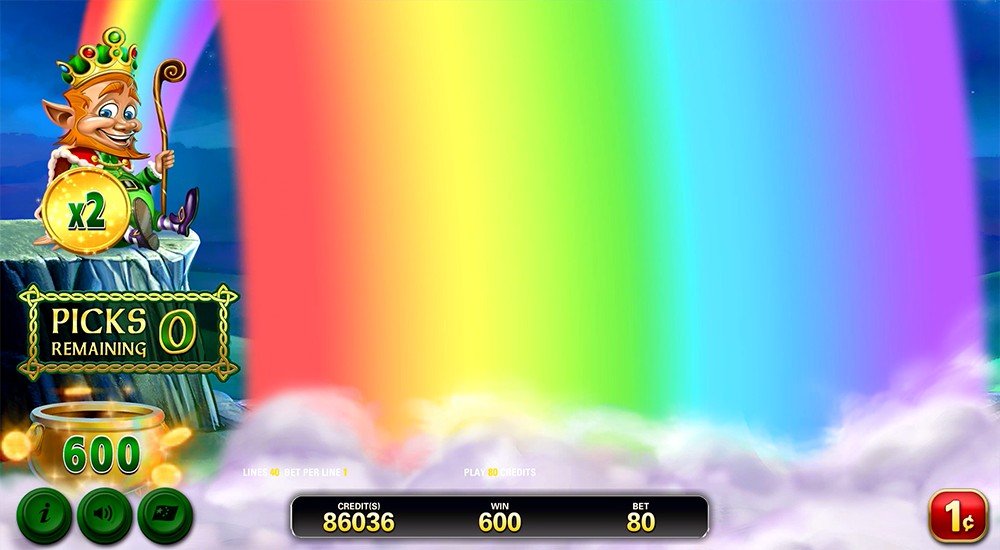 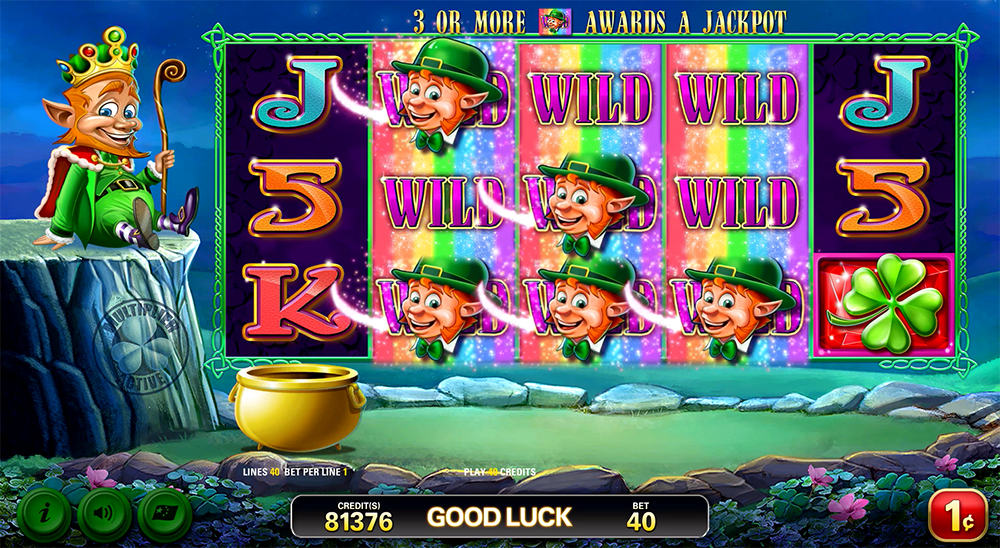 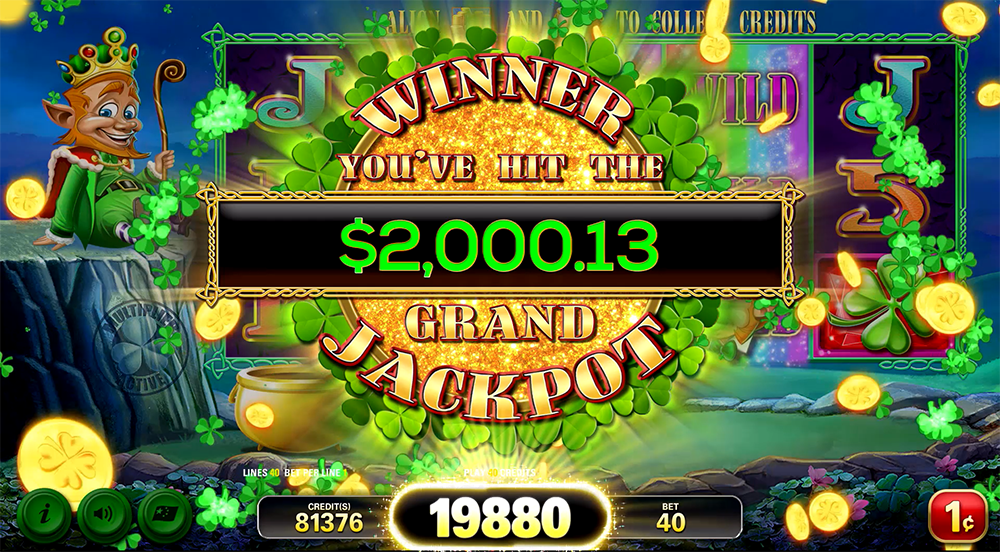 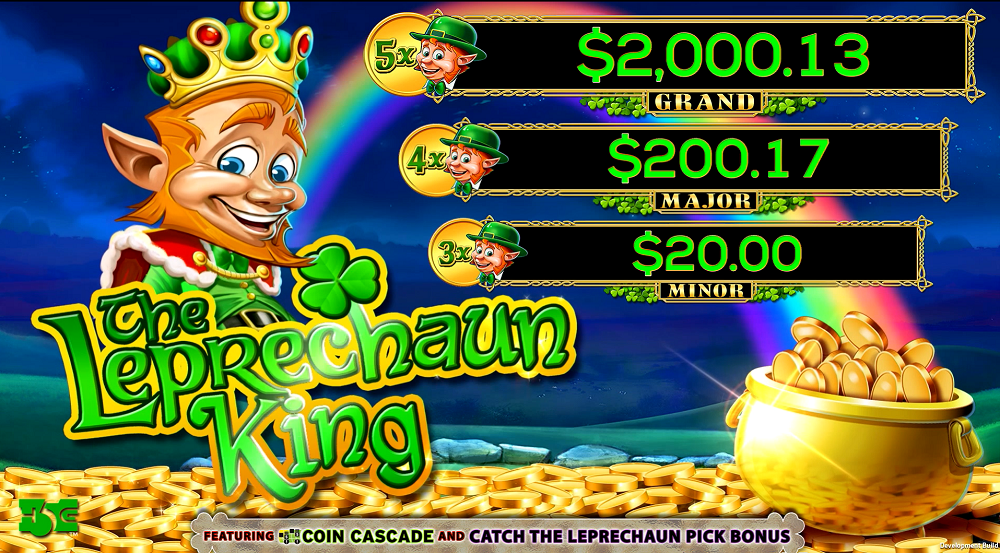