EMPRESS OF THE NILE

Discover the world of Cleopatra and her golden riches of the Nile! Led by her enchanting mix of beauty and power, huge wins can be expected as she wages war to the reels! Cleopatra and her sweet hearts appearing on symbols pay “left to right” and “right to left”. The Progressive Jackpot and endless prizes can be won in the Treasure Tier bonus where player picks which treasure box to reveal.

Super Symbols are oversized picture symbols which take up multiple reel positions. One respin is awarded when a Super Symbol covers 4 or more positions on the reels. After wins are awarded, the Super Symbol and all matching symbols will lock in place, and other positions will spin on different reels. Wins are evaluated and awarded again.

Any wild symbol appearing on reel 1 and/or 5 will expand vertically and cover all positions of the reel.

During the base game, 3 “treasure box” symbols appearing on reels 1, 3, and 5 initiates the Treasure Tier bonus. 3 treasure boxes will appear on the screen. The player will select one treasure box to reveal an award of Credits, Credits with Gems or Cobra. After the award is revealed, the bonus will continue with a new set of boxes until a Cobra is revealed or 5 Gems have been collected. 3 or more Gems award the corresponding Progressive Jackpot at the end of the bonus.

"EMPRESS OF THE NILE" was created by High 5 Games. 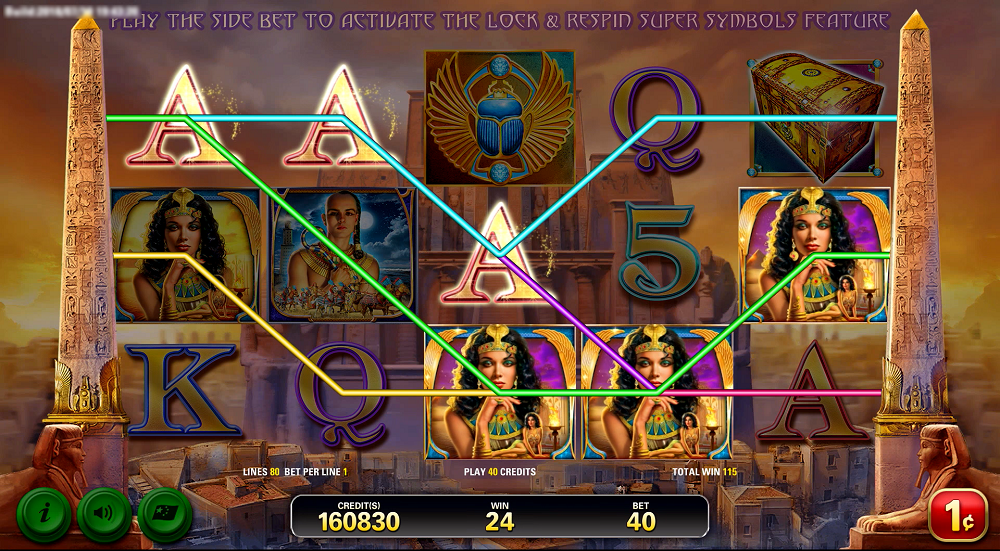 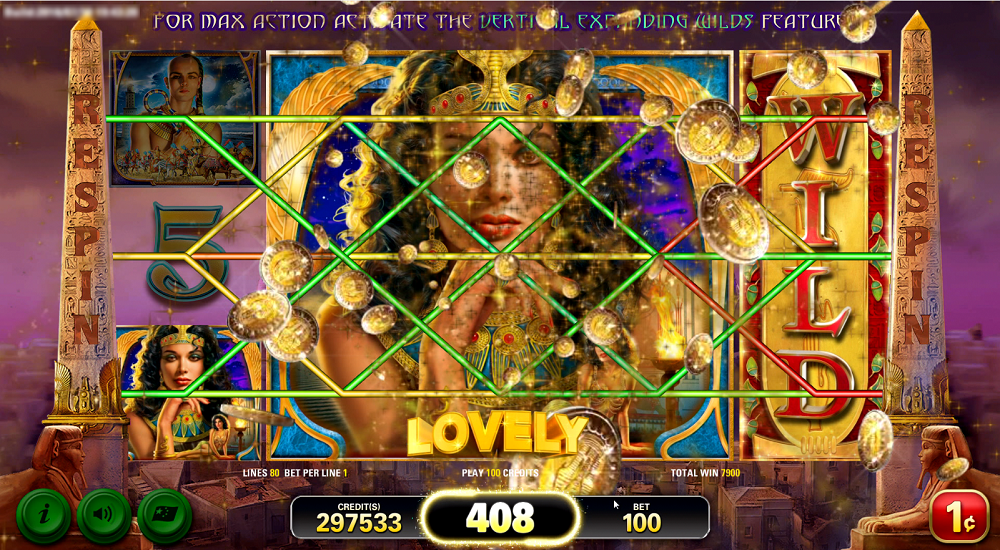 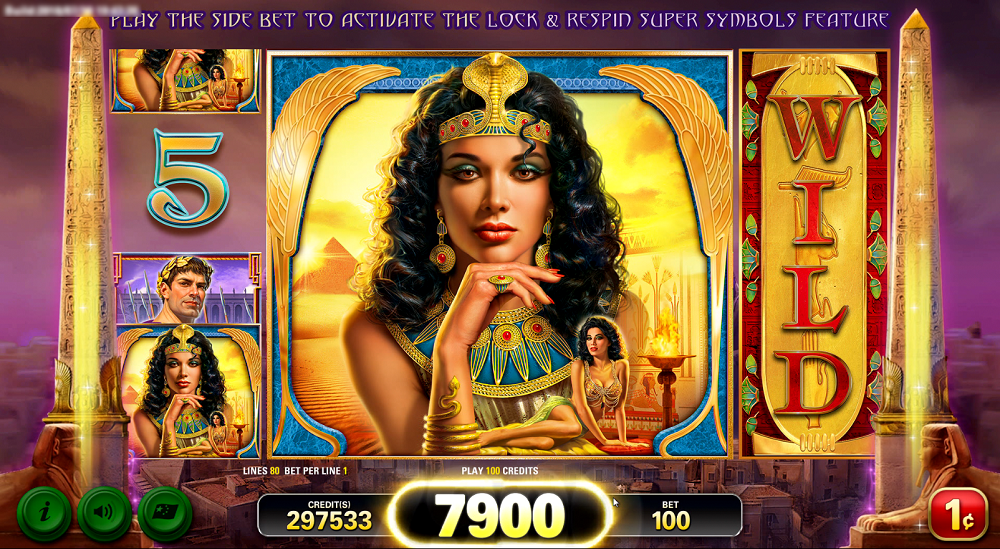 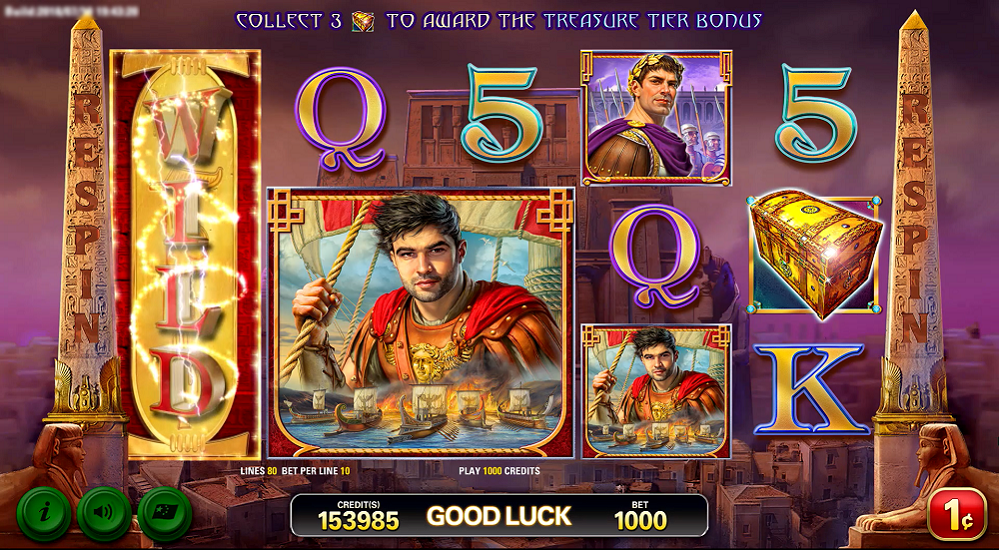 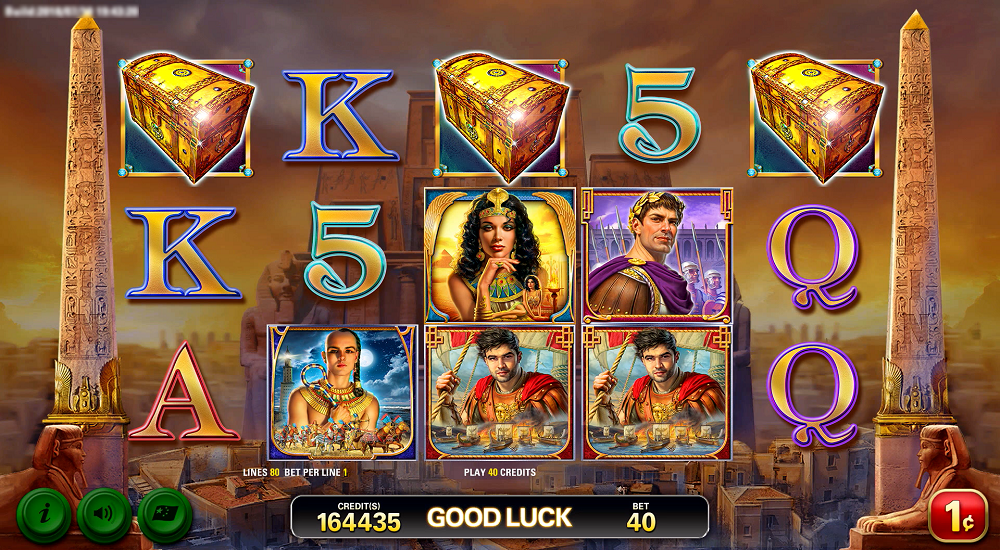 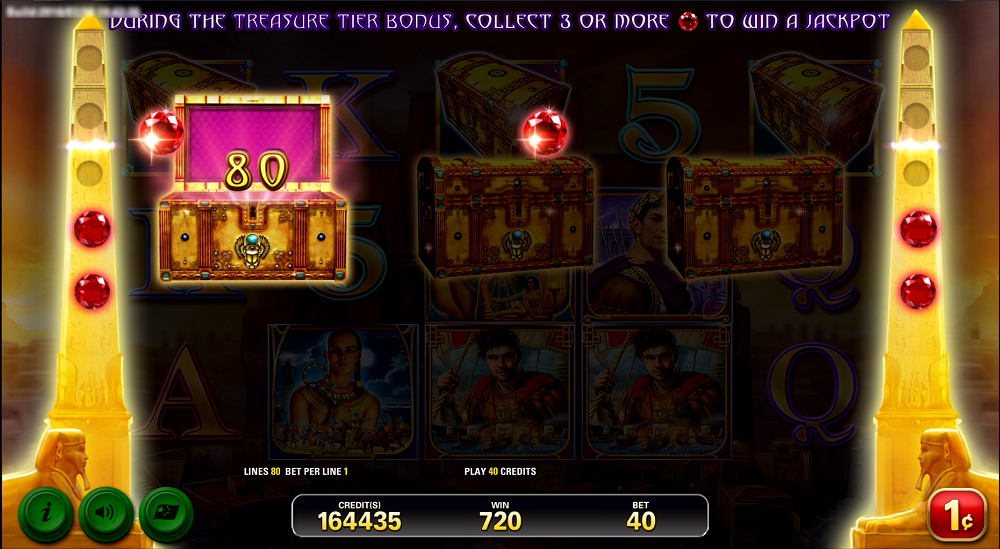 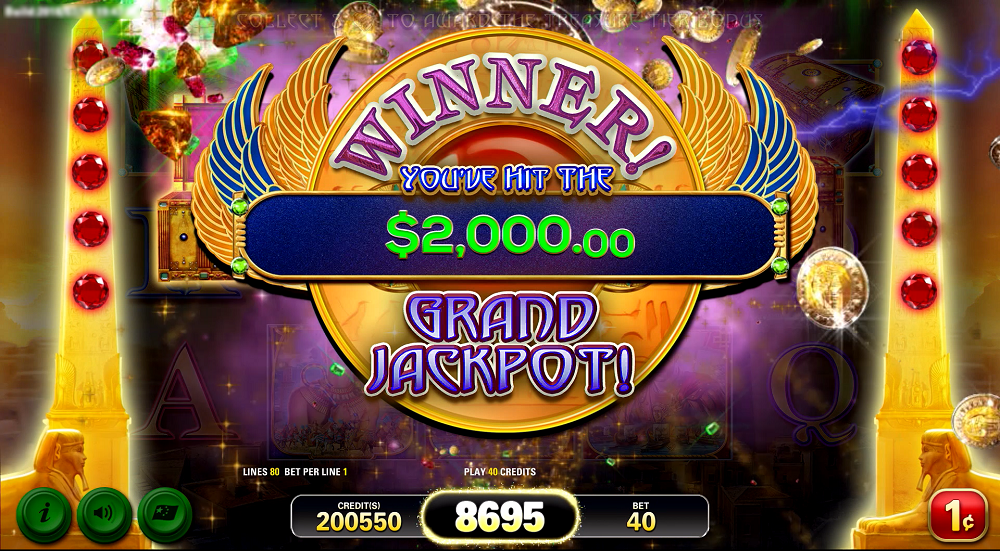 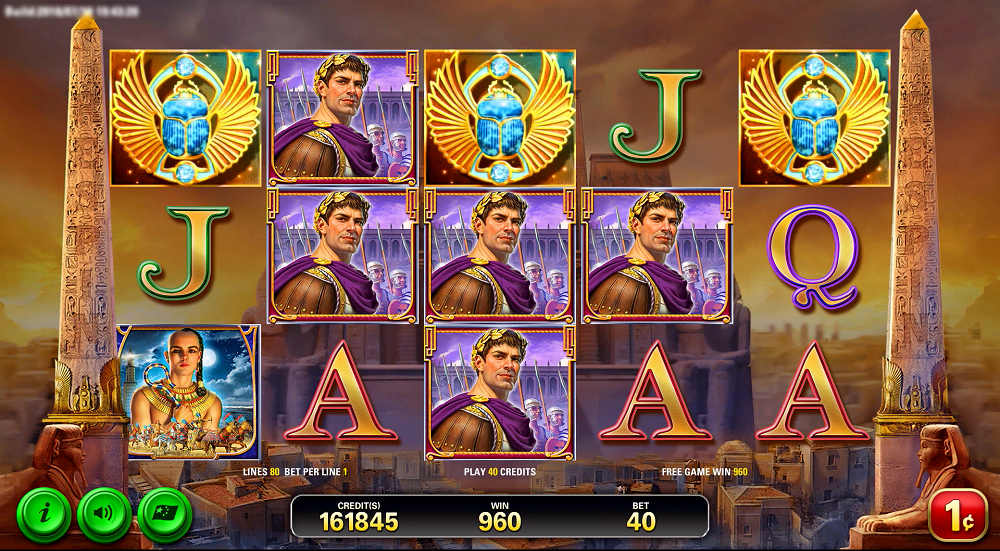 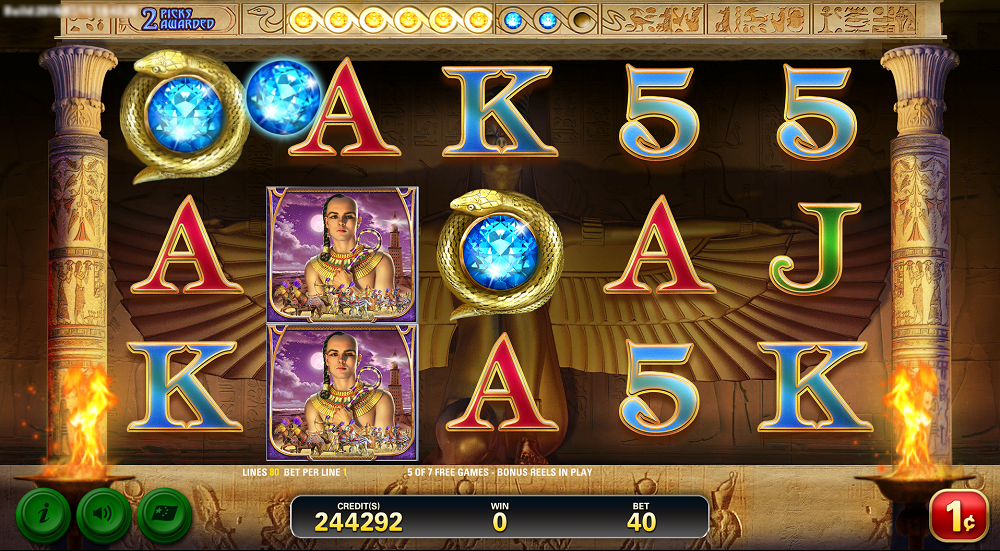 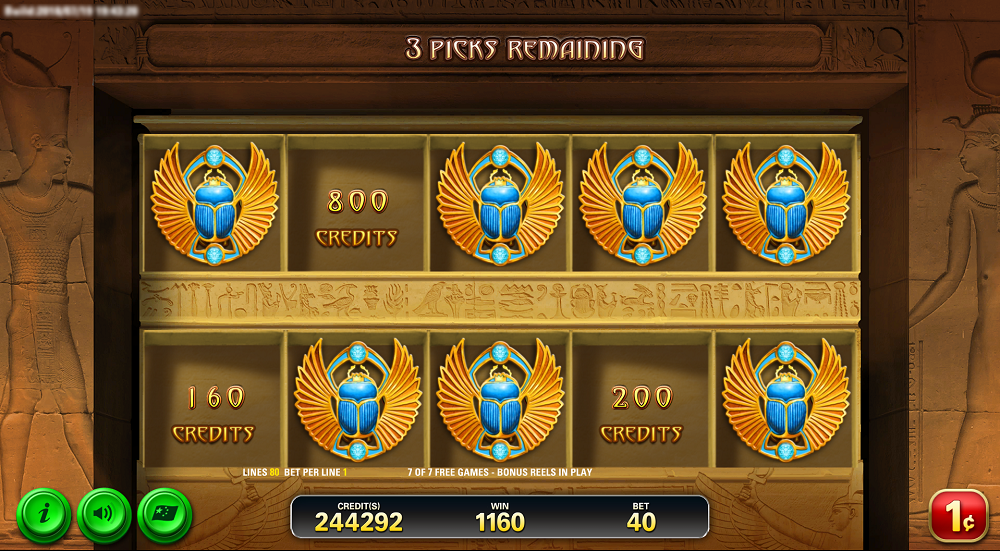