Mighty Diamonds - Wand of the Witch

Wand of the Witch ™ contains the popular “Hold and Re-spin” feature and Bonus Wheel feature awarding a Progressive Jackpot or Multiplier. When players collect all 15 symbols during the Hold and Re-spin, a chance to spin the bonus wheel is awarded. In addition, the Wild Multiplier feature provides an opportunity for bigger wins!

The Diamond Spin feature is triggered, when the Pot symbol and the Diamond symbol appear on 3 or more consecutive reels from leftmost to right. In addition, there is an Extra Pot feature where additional Pot symbols randomly appear above reels, increasing the chance of triggering the bonus. 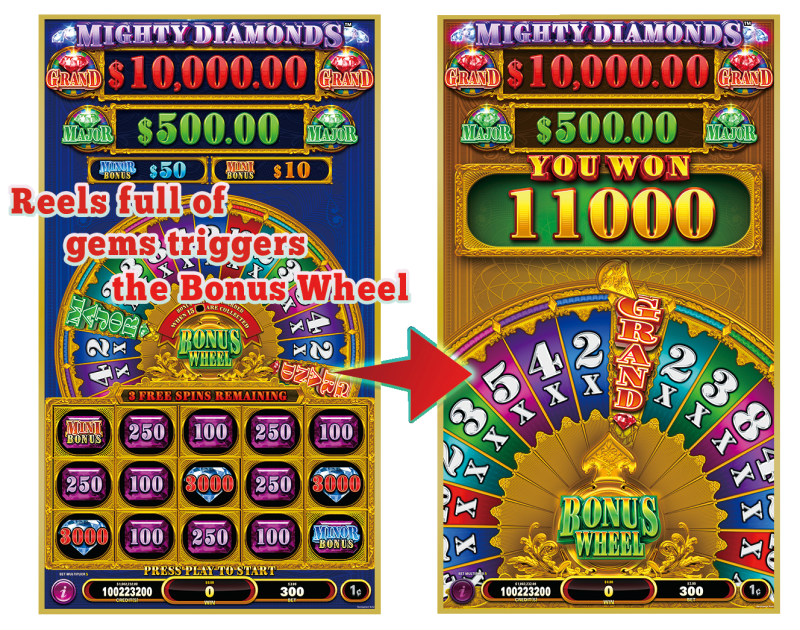 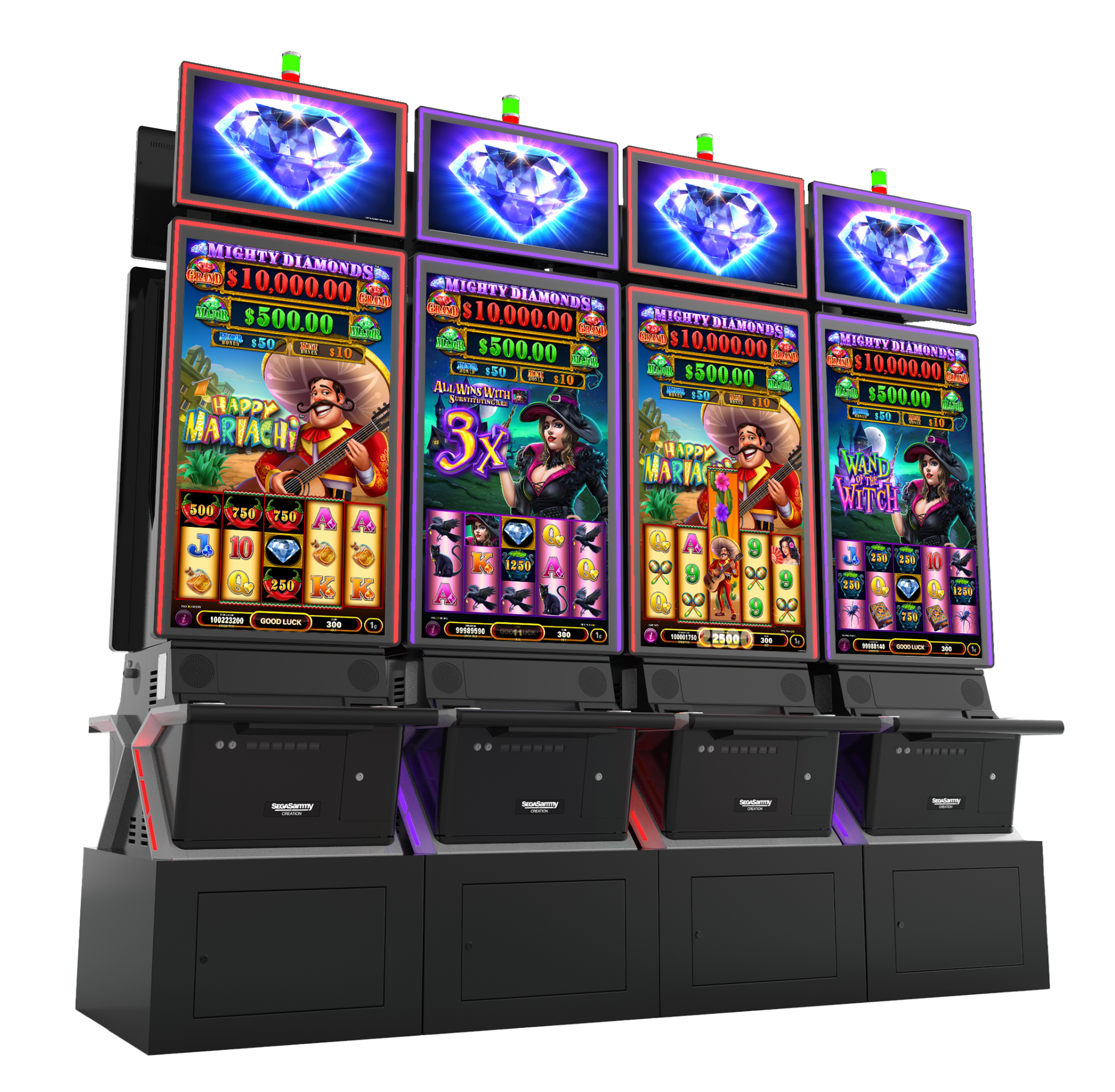