Marvelous Fortune Lightning Treasure is an exciting game that players just CAN’T STOP playing! In the “Collect Star feature”, when certain symbols appear in the base game, stars will be awarded and accumulated on the Upper screen. Collecting stars will trigger the “Bonus Spin feature” with chances to win the higher prize.

5 scatter symbols in any position or 5, 4 or 3 consecutive bell symbols starting with the leftmost reel award a red, yellow, green or blue star respectively. Each star will be added to the corresponding colored meter on the Upper screen. When a meter has been filled with star(s), the Bonus Spin feature will be triggered. Accumulated stars remain on the meter for the next game even if credits are cashed out.

In the Bonus Spin feature, a Bonus slot (1 x 5 reels) and 5 stop buttons for each reel appear on the Upper and Main screens. "Seven" symbols and "Blank" only appear in the Bonus slot reels. Player can stop reels at their favorite timing by pressing the buttons for each reel. When 3 or more consecutive "Seven" symbols appear from the leftmost, the corresponding prize will be awarded. 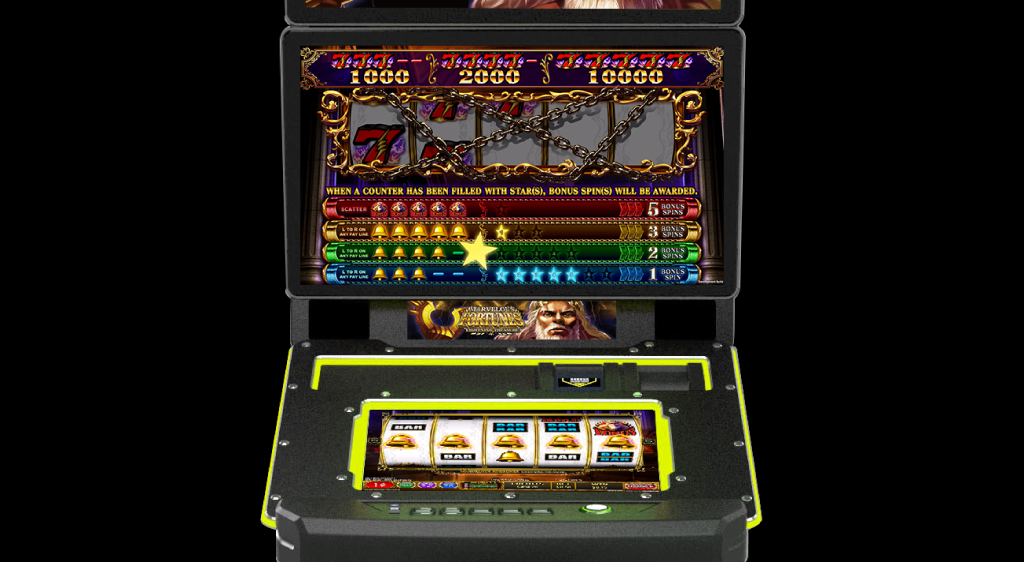 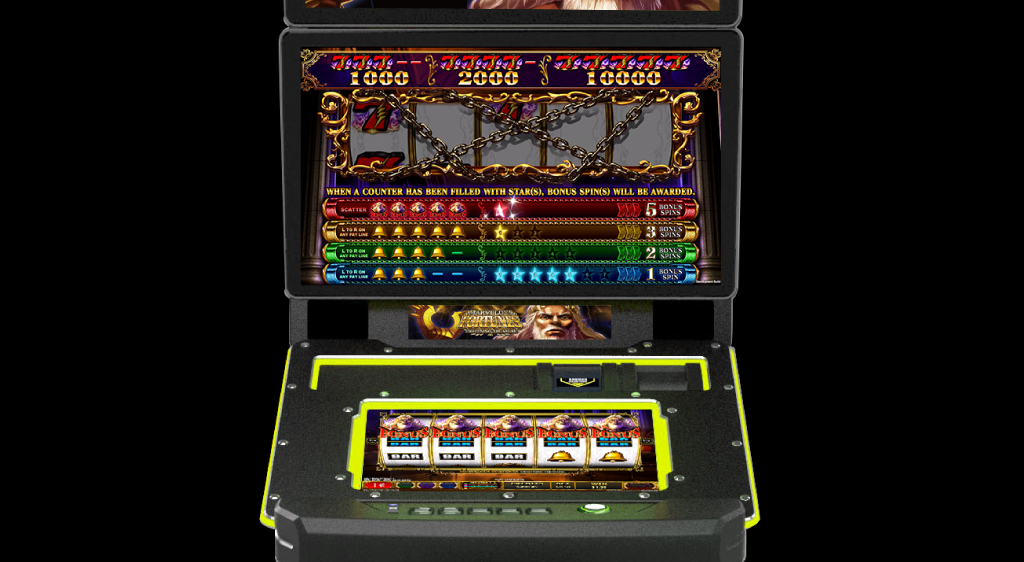 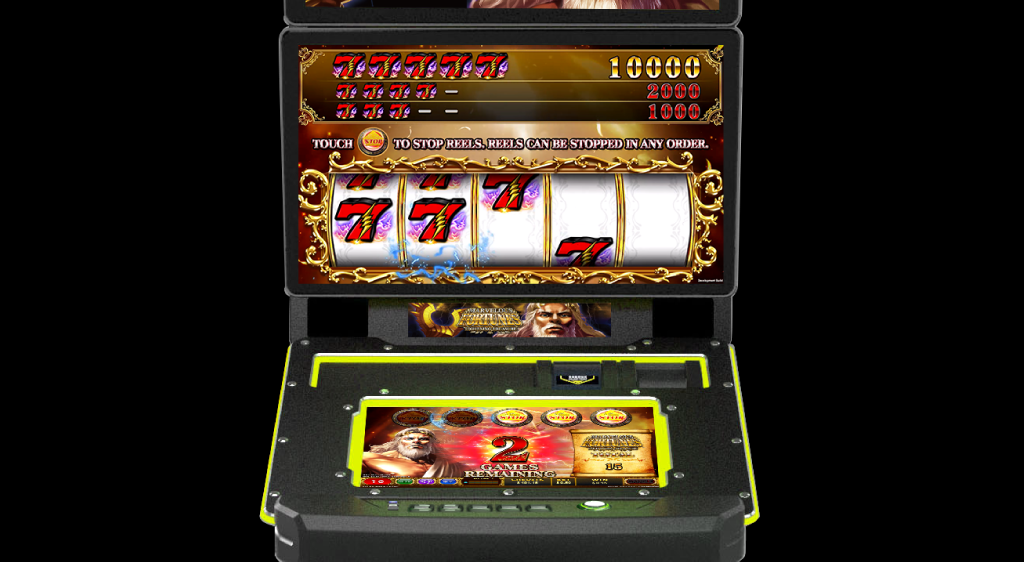 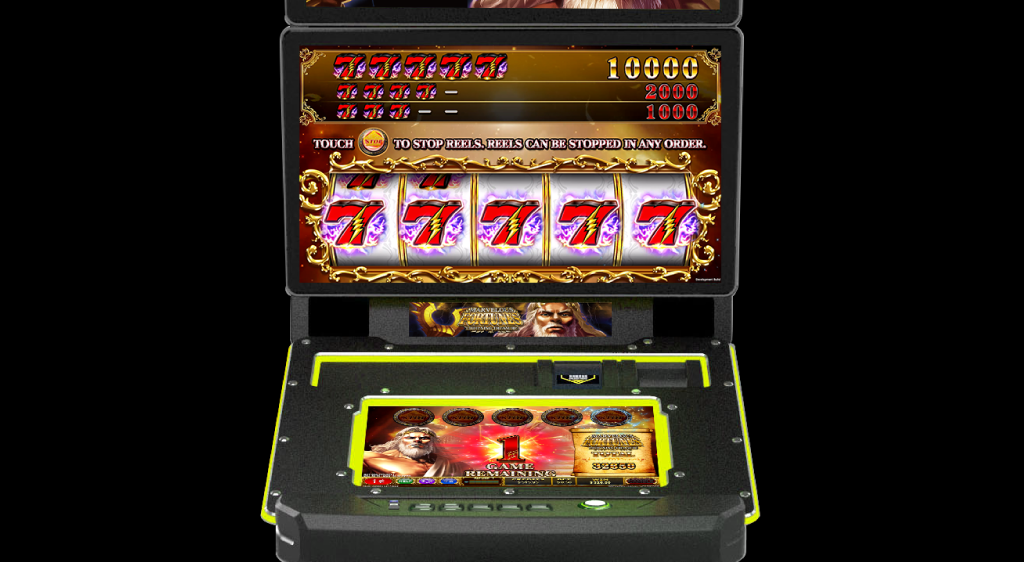 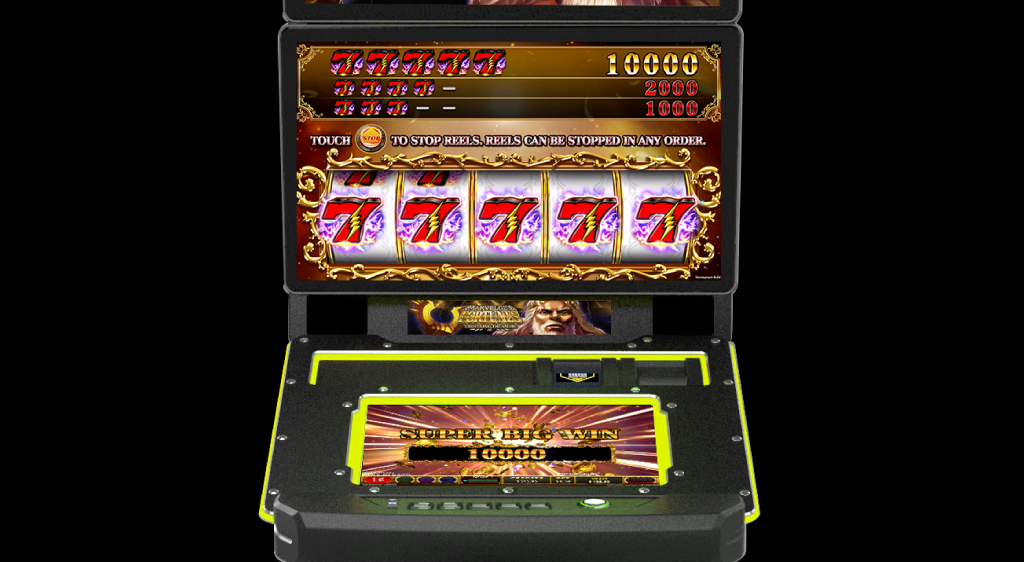